BACK TO Our area 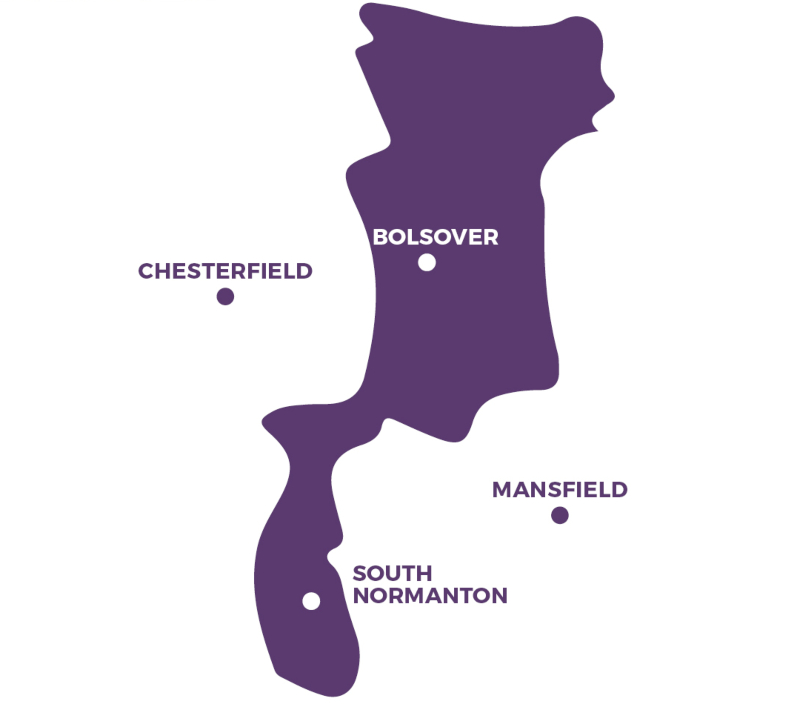 Bolsover (sometimes pronounced ‘Boh-zer’ by locals), sits deep in the former coal mining community of Derbyshire. If you’ve driven along the M1 near to Chesterfield, you’ll most likely have passed it.

The district takes its name from the town of Bolsover. Other towns include Clowne, Creswell (where our office is), Shirebrook and South Normanton.