Light Night Is Coming To Ashfield 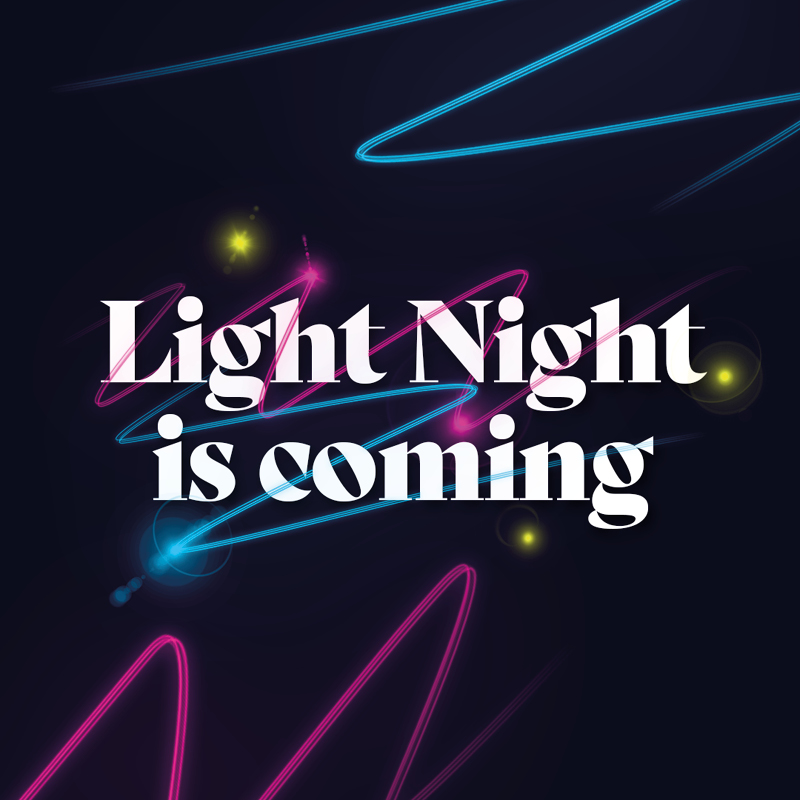 Giant illuminated walkabout puppets, an eight-metre light-up inflatable snail, spectacular light drummers, UV doodles, a glowing silent disco and an Invisible Man are just some of the international and national acts and installations set to be part of a shiny new light-fantastic event coming to Sutton-in-Ashfield on Friday 11 and Saturday 12 February 2022.

The free event will create a whole new way to see the town, as street-performers, dancers and artists light up the streets and spaces across the centre. 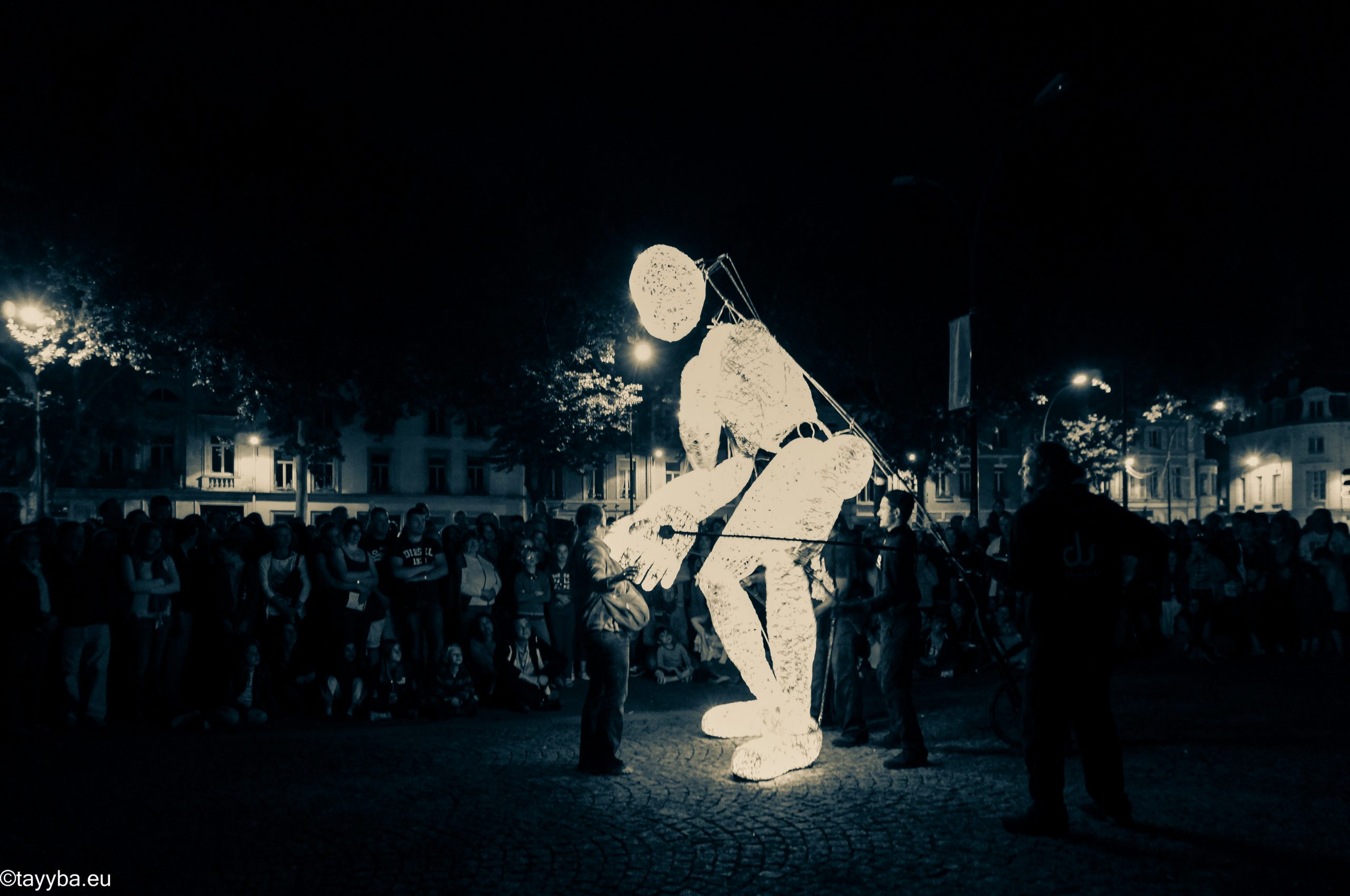 Light Night Ashfield is presented by First Art, the local arts charity behind, amongst other things, The Full Shebang Festival in Mansfield.

Taking place over two evenings, much of the Light Night will be out in the open, with world-class acts such as Dundu holding stage.

The five-metre tall, illuminated puppet, Dundu (which means you and you), is a gentle giant that wows audiences as it glides and interacts amongst them. Dundu will walk the streets as part of a procession filled with lanterns.

There’ll be show-stopping performances from a merry band of lit-up drummers. Spark! is a magical live music, movement, and lighting spectacular with high intensity drumming. 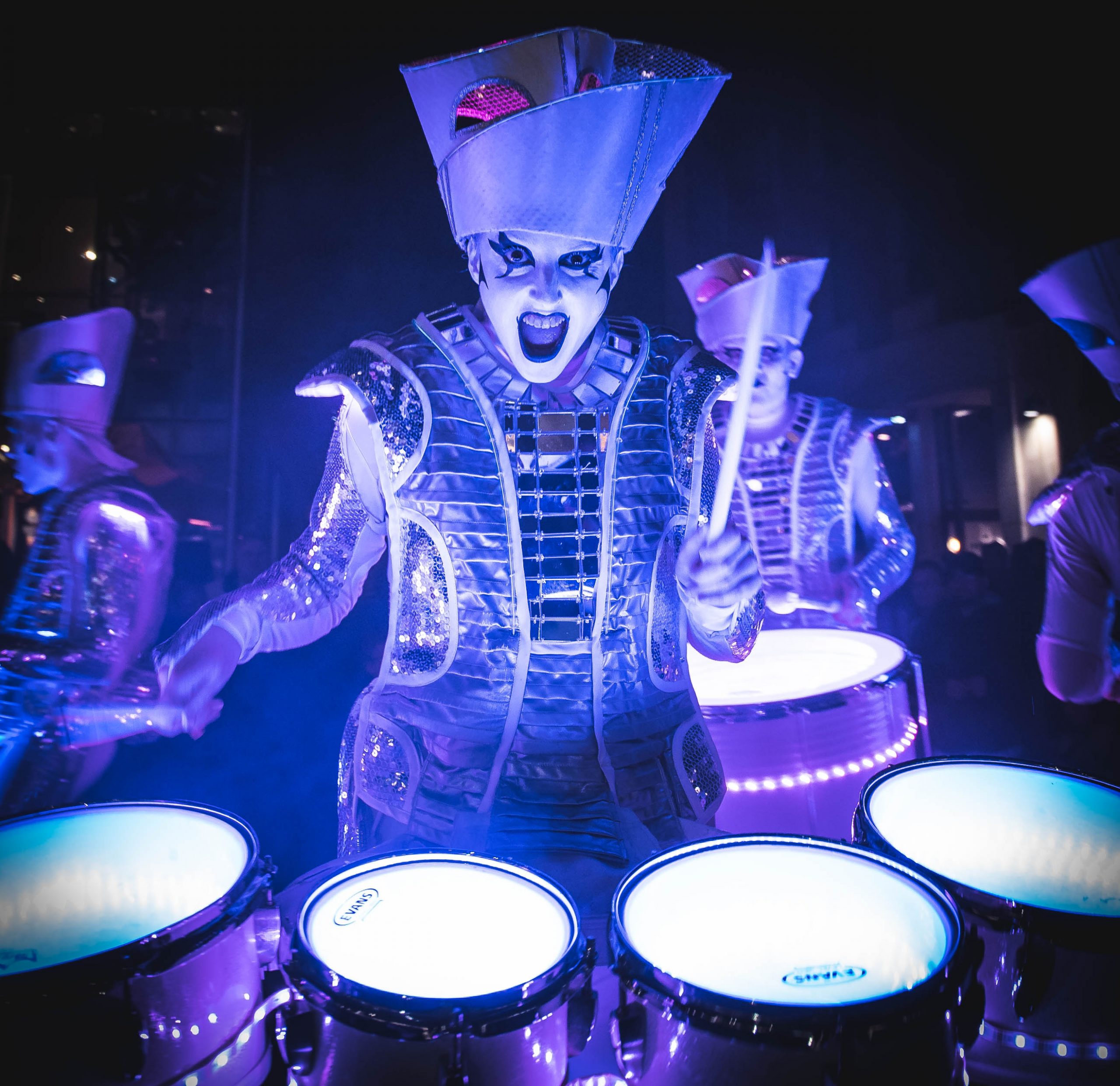 Be amazed by the interactive walkabout act, the mysterious Invisible Man, where audiences are invited to journey with them and discover how their experiments have gone wrong, and what powers they have unleashed.

Big Knitting is what it sounds like, featuring massive glow in the dark knitting needles and neon wool hung from a wall. This is amongst the other installations to be placed across the town centre, which include Raphael Daden’s Signs of Hope, sending out positive messages in response to the pandemic and All You Need is Love, a seven-metre-long neon sign that provides a backdrop to a choir singing love songs in the build up to Valentine’s Day. 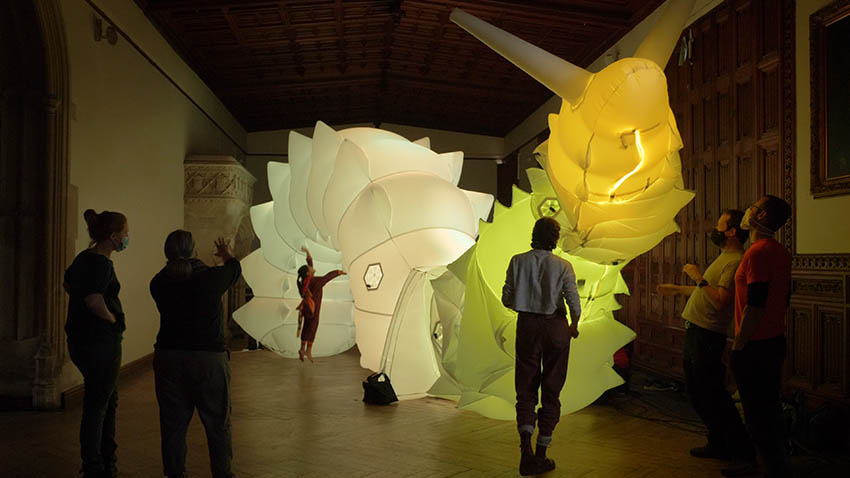 At the event you can meet an 8m long, inflatable robot snail called Luma who loves an audience. She looms above visitors with a presence which is gentle, welcoming and otherworldly. You can also mimic a pollinating insect, moving from flower to flower with The Nectary that features six giant flower heads that hang above you.

In partnership with The Regency Dance Centre, the Light Night will premiere a specially-commissioned choreographed light and dance performance where local dancers and children literally light up the ballroom.

The event will also feature giant lanterns, digital projections, and a light night silent disco, providing plenty of activities and entertainment for the audience to enjoy over two evenings.