Earlier this week we took a small group of residents from Bellamy Road to visit the Portland Inn Project in Stoke-on-Trent.

Portland Inn Project is a fantastic arts programme working to achieve community cohesion, economic, social and cultural development by involving the community in the development of a pioneering community space, cultural hub and social enterprise. 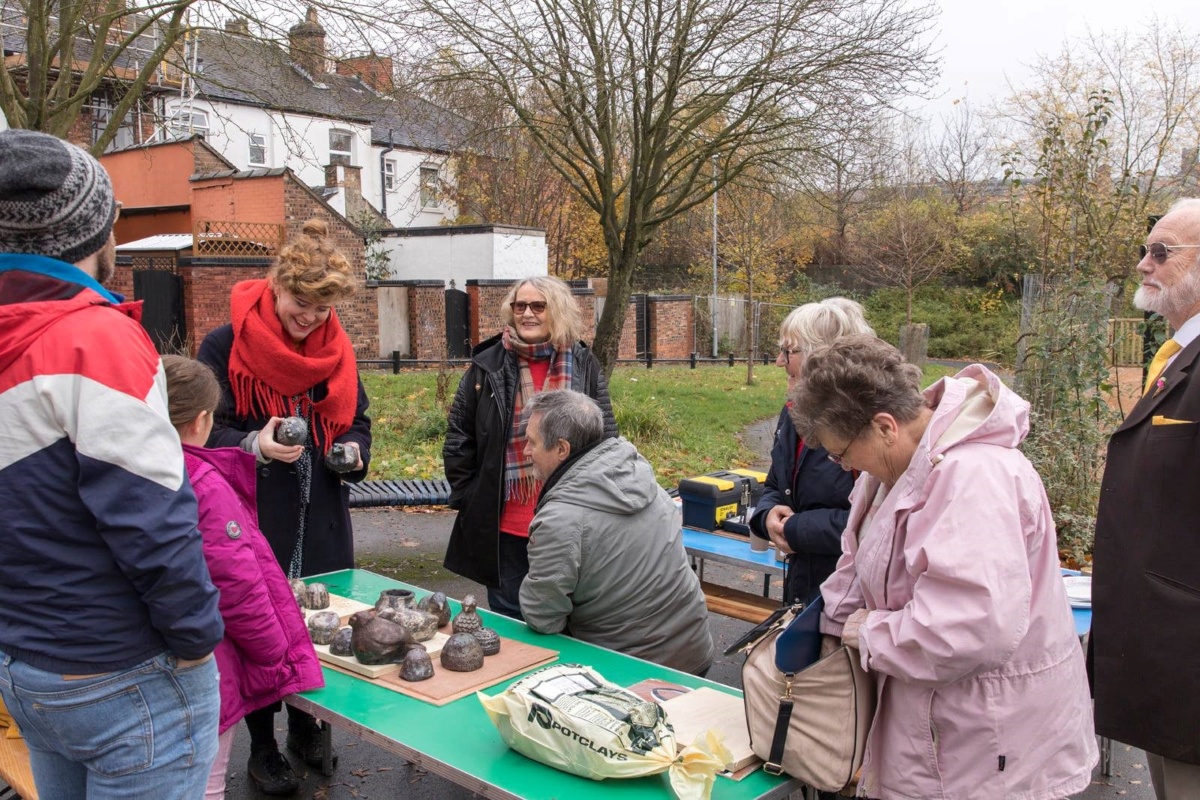 Bellamy residents got to see some of the activities Portland Inn Project gets up to with locals.

Artists Anna Francis (also a local resident) and Rebecca Davies lead on the delivery and work collaboratively with local residents to advocate for people-led change.

Since setting up in 2013, Portland Inn Project has done all sorts of inspiring things, with and for the local community. There’s too many to mention here but this has ranged from regular activities to setting up a fellowship programme to creating their own font. They’re also hoping to take ownership of the empty Portland Inn pub to turn it into a community-led venue, to overcome the problem of somewhere for the community to do stuff in.

As Anna pointed out, “how do you make something happen when you’ve got nowhere to meet”.

At the moment they’re going through the motions of planning permission and development plans for the pub. As a temporary solution to lack of space, the Project has brought in a 40ft shipping container and converted it into a space called Pippin. This has been situated of a green space that, until they took it over, was a bit of a no-go area used only by drug dealers. 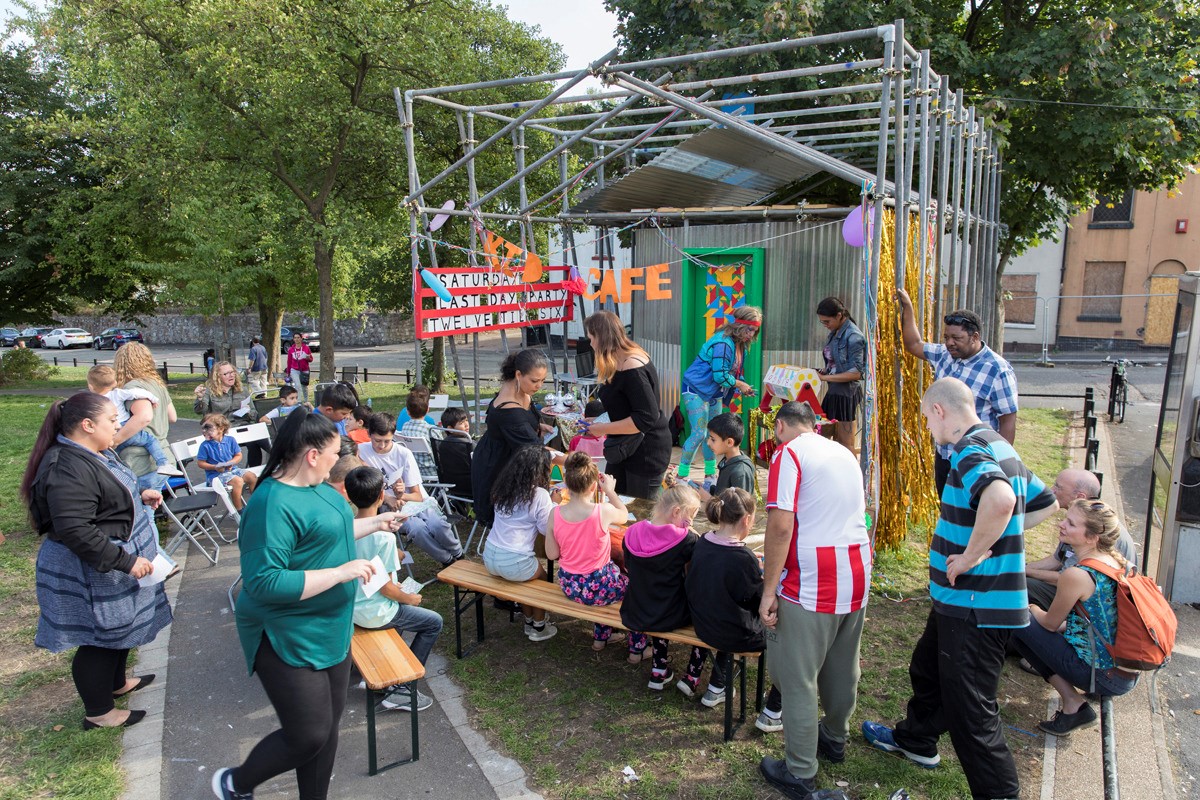 We visited Portland Inn because some of the issues that have come up in Bellamy were quite similar to the Portland Inn area, like a lack of a suitable meeting and event space, and knowing how to engage local families and residents who do not want to engage with conventional community decision-making processes.

We wanted to show local residents about the different approaches and ways an arts programme can make a real impact in a community. It was a source of inspiration and a chance to open the possibilities of what could be done.

One of the Bellamy residents commented,

It was encouraging to see what was being done and gave us much food for thought. A nice day out and a chance to meet some lovely people, as well and a welcome break from the usual routine.

We use cookies to ensure that we give you the best experience on our website. Is that ok?Yes