The Full Shebang hits the spot

Many people travelled into Mansfield especially for the event as well as entertaining those who’d come in for shopping too.

The free festival, produced by First Art, attended by some 8,000 people and one show alone attracted an audience of at least 900 people.

“We’re chuffed to bits with how the Festival has gone down. We’ve had some really great feedback from local people and the organisations we worked with.”

Amongst the comments received about The Full Shebang were things such as:

“It’s not often that entertainment comes to Mansfield that my teen is interested in, yet he loved this. Thank you for providing a great day for us to make memories, share laughs and spend valuable quality time together.” 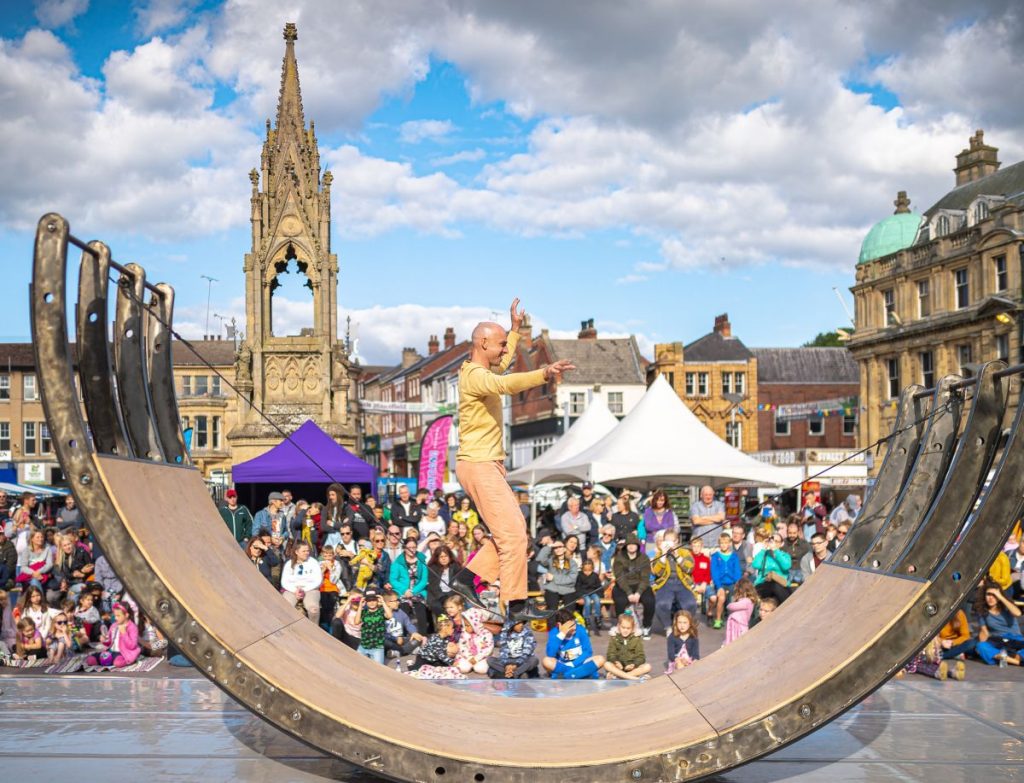 Festival goers were treated to acts such as Belly of the Whale, from theatre company Ockham’s Razor, which involves a giant semi-circular see-saw that the artists perform mesmerising feats, and Look up from Hikapee Theatre, a high-wire circus show featuring a puppet.

There were also interactive events including The Actual Reality Arcade – a life-size game zone that had people in giggles as they dodged space invaders and laser beams, and the cheeky Bingo Lingo, and surprising Theatre for One. 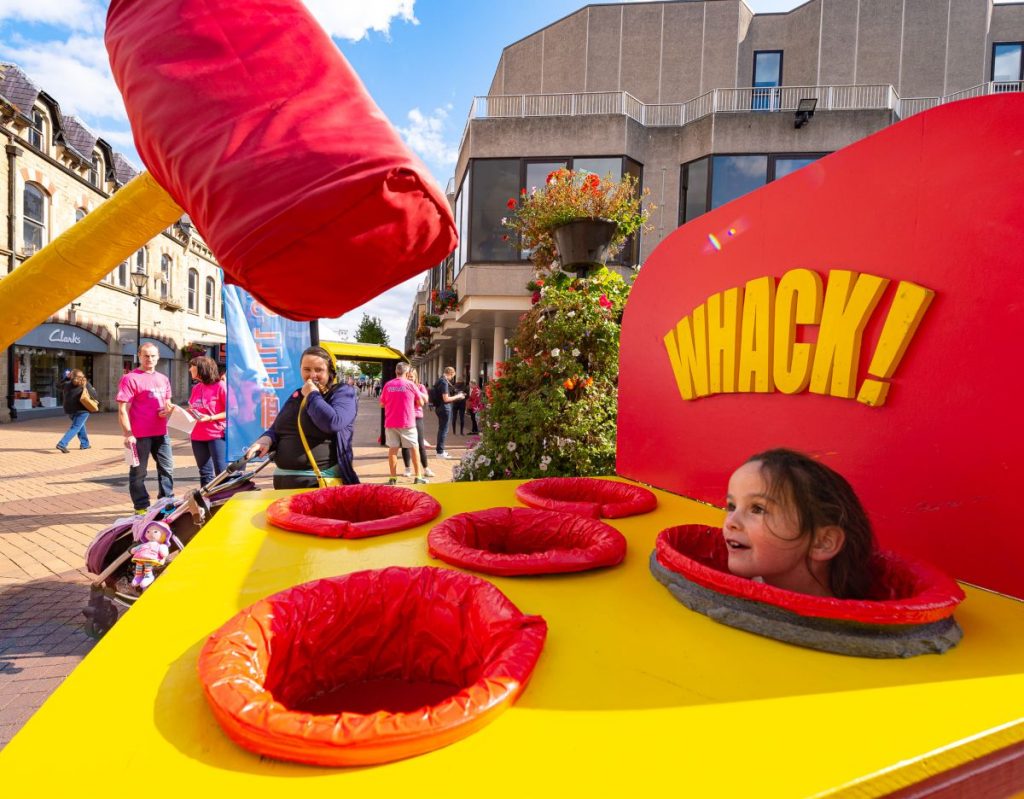 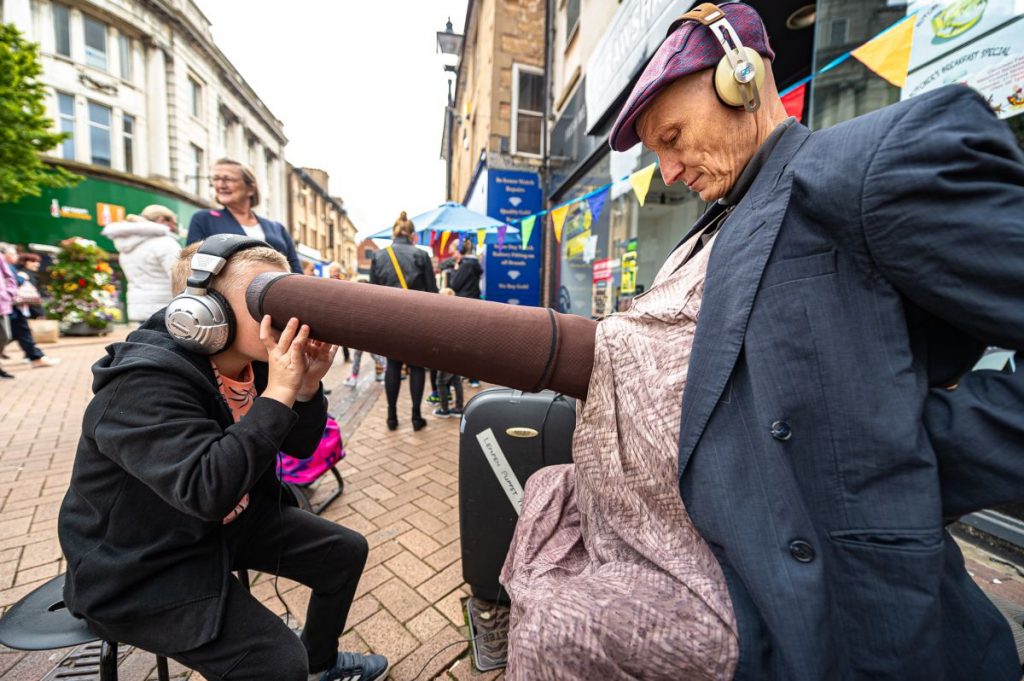 Theatre for One gave individual 3-minute performances, with a touch of the unexpected.
© Lamar Francois 2019

Another favourite was the Ragroof Tea Dance: Dance through the Decades – in the Four Seasons Shopping Centre. 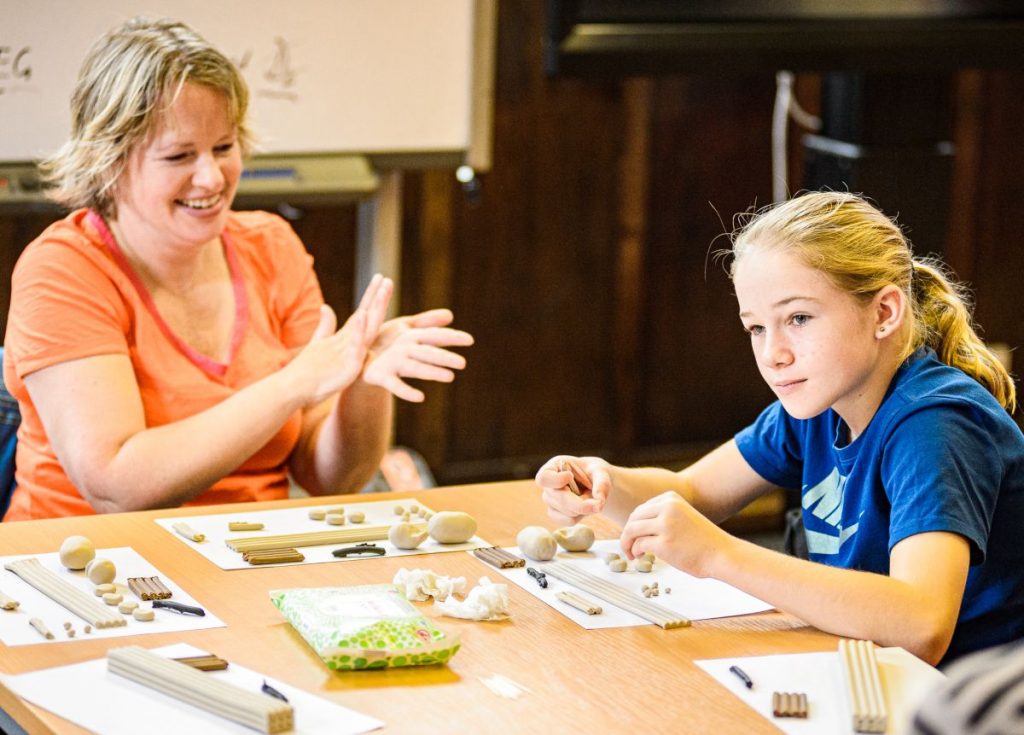 In the Makers’ Quarter at The Old Library and Mansfield Museum, there was super-cool mask making and model making with Aardman Animations which had people creating their very own Gromit, of Wallace and Gromit fame, to take home, and circus skills workshops with the brilliant Circus House. 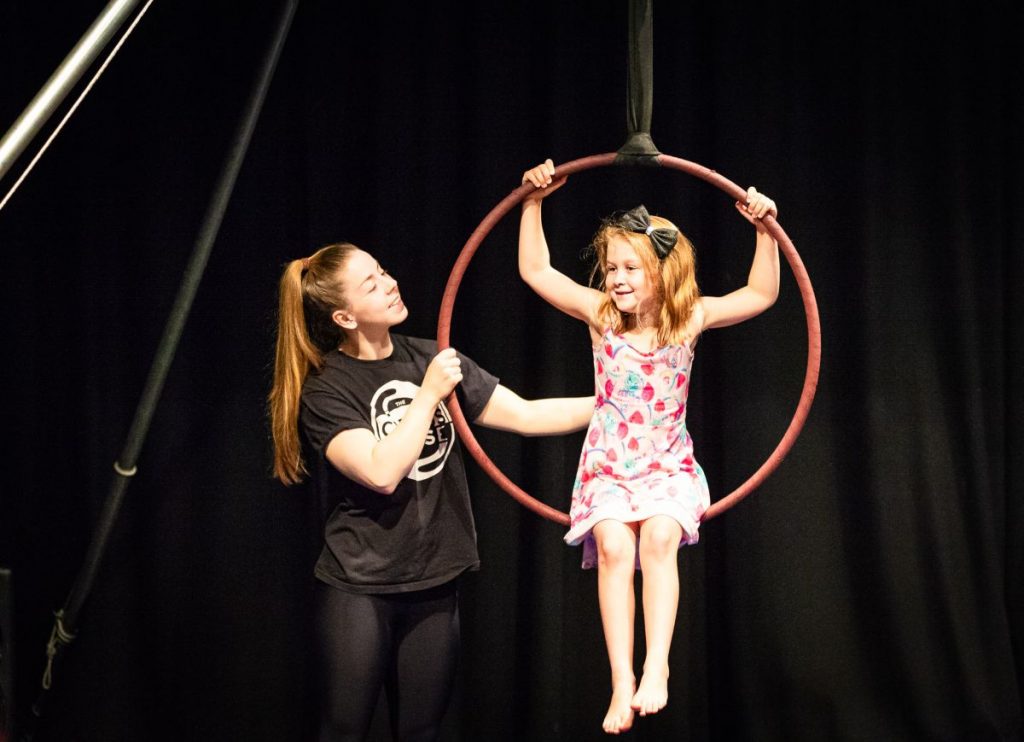 The circus skills workshops were enjoyed by all ages.
© Lamar Francois 2019

Support from local organisations including Mansfield District Council, Inspire Youth Arts, Four Seasons Shopping Centre, Mansfield Museum, and Mansfield BID, all helped to make the event possible and the success that it was.

We use cookies to ensure that we give you the best experience on our website. Is that ok?Yes