BACK TO The Full Shebang Festival 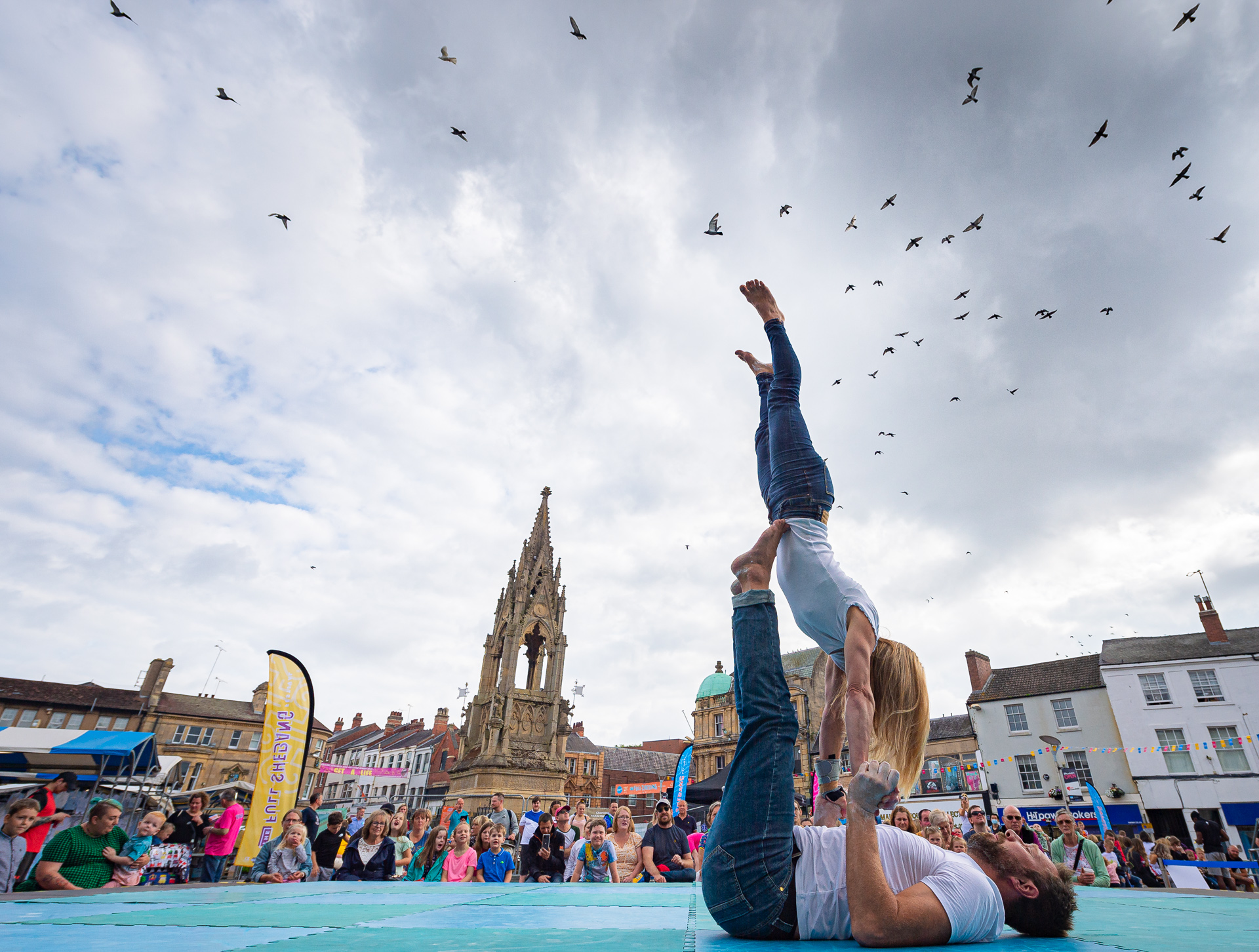 Back for a second time (2020 was obviously a no-go), The Full Shebang Festival landed with a bang.

Nearly 10,000 people came into Mansfield on 11 September 2021 to come and soak up performances, enjoy street theatre, take part in workshops, and hear live music. And they weren’t disappointed.

What did they see?

Main performances featured On Edge by Justice in Motion, Lançe Moi En L’Air by Joli Vyann, Lifted by Mimbre, and The Spurting Man from Avanti Display. 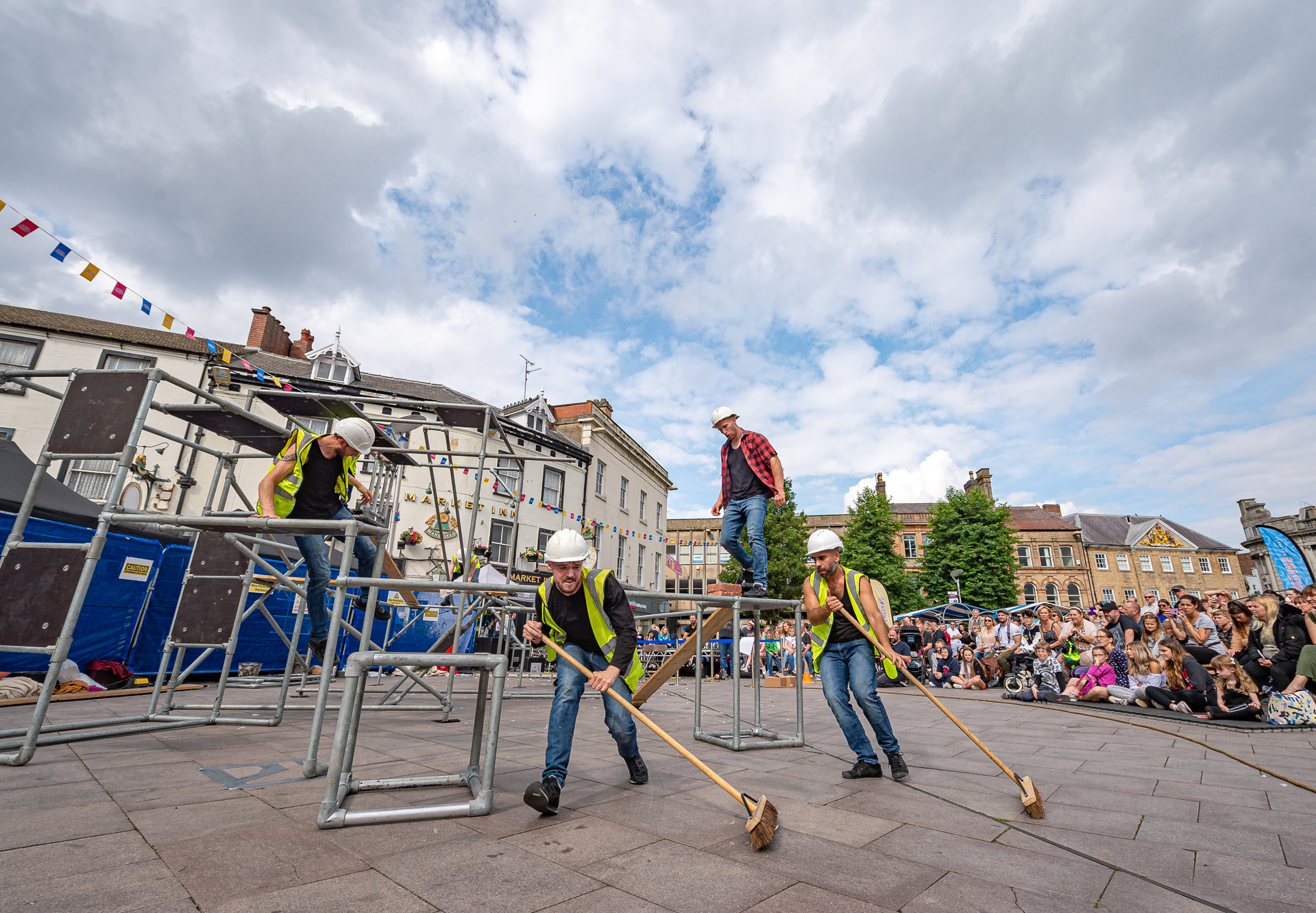 Wildernests from HandMade Theatre and String and Strong’s Great Big Game-A-Thon provided some great street theatre as did the cheeky chaps from Back Chat Brass as they weaved the streets in and around the Market Place, belting out pop classics brand band-style. 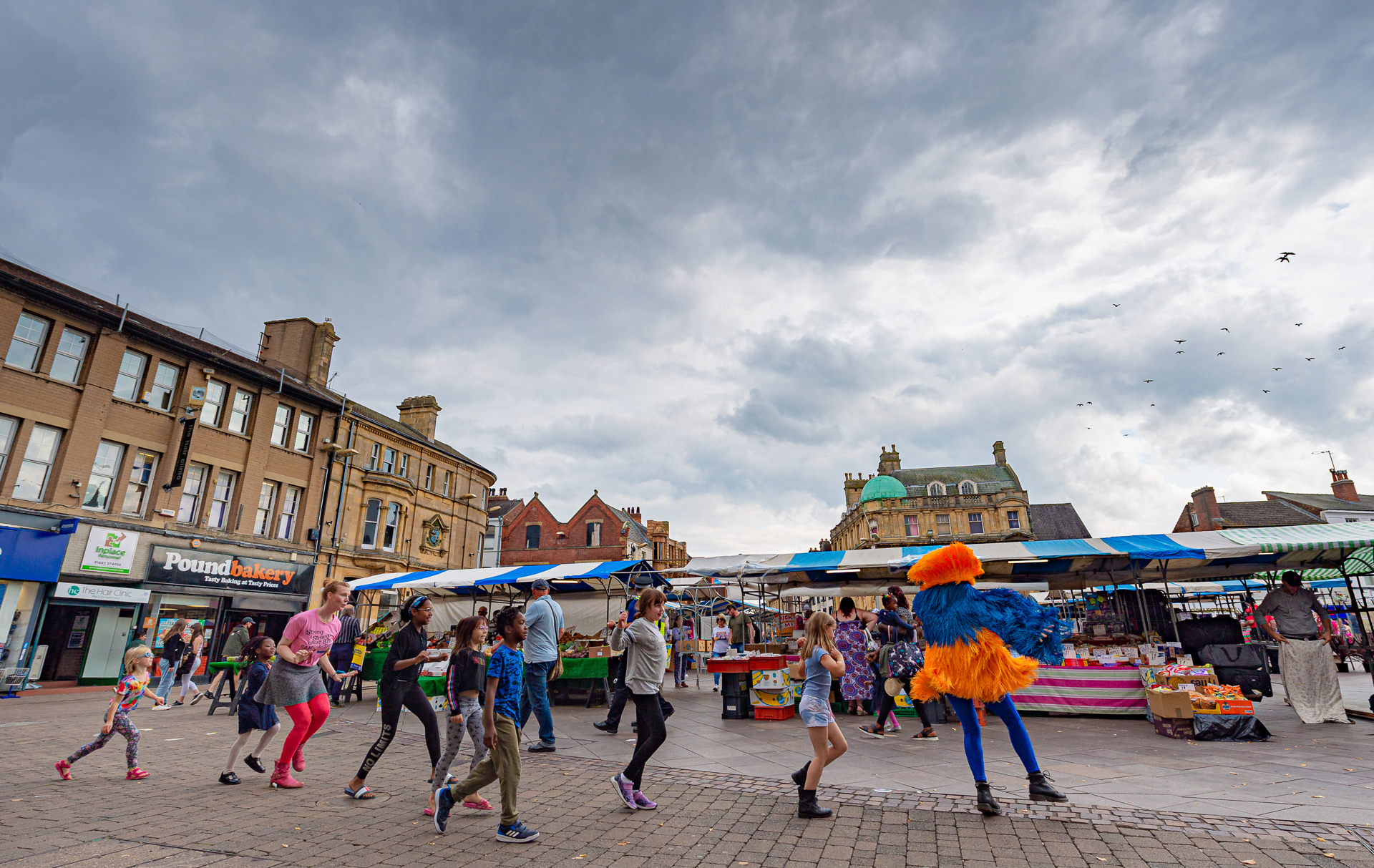 There was the Full Shebang Giant Doodle Live with Emily Catherine Illustrations – she drew nearly 100 portraits in one day! and Dizzy Ink. 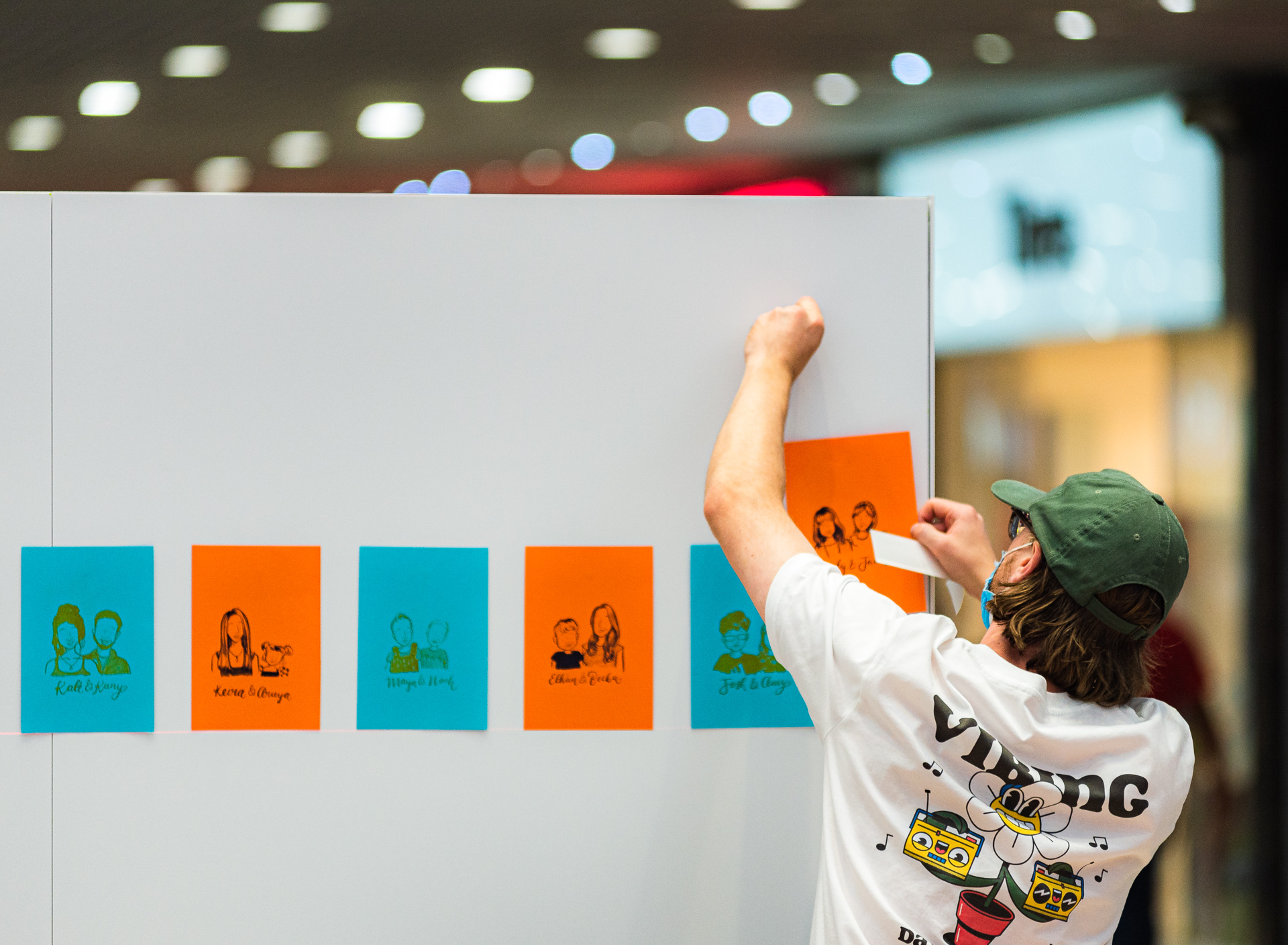 Shebang Introducing was provided the opportunity to see and hear live music with up coming musical talent from Mansfield.

And a giant visitor in the form of Titan the Robot also proved a big hit with young and old alike.